Russolo designed and constructed a number of noise-generating devices called Intonarumori, and assembled a noise orchestra to perform with them. A performance of his “Gran Concerto Futuristico” (1917) was met with strong disapproval and violence from the audience, as Russolo himself had predicted. None of his intoning devices have survived, though recently some have been reconstructed and used in performances. (Check this out!) Although Russolo’s works bear little resemblance to modern noise music, his pioneering creations cannot be overlooked as an essential stage in the evolution of the several genres in this category. Many artists are now familiar with Russolo’s Art of Noises manifesto.

At first the art of music sought purity, limpidity and sweetness of sound. Then different sounds were amalgamated, care being taken, however, to caress the ear with gentle harmonies. Today music, as it becomes continually more complicated, strives to amalgamate the most dissonant, strange and harsh sounds. In this way we come ever closer to noise-sound.

Antonio Russolo, another Italian Futurist composer and Luigi’s brother, produced a recording of two works featuring the original Intonarumori. The phonograph recording, made in 1921, included works entitled “Corale” and “Serenata”, which combined conventional orchestral music set against the sound of the noise machines. It is the only surviving contemporaneous sound recording of Luigi Russolo’s noise music. 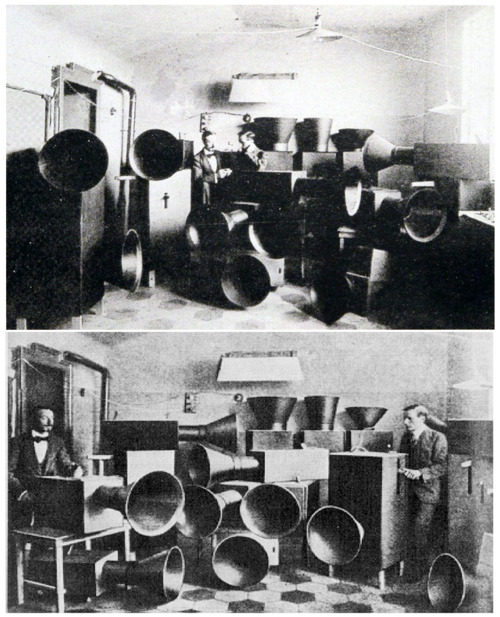 Russolo, Piatti and the intonarumori