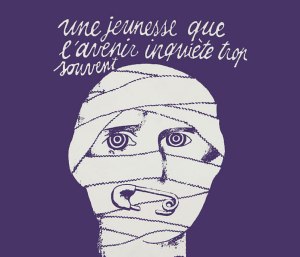 The problem of language is at the heart of all the struggles between the forces striving to abolish the present alienation and those striving to maintain it. It is inseparable from the very terrain of those struggles.

We live within language as within polluted air. Despite what humorists think, words do not play. Nor do they make love, as Breton thought, except in dreams. Words work — on behalf of the dominant organization of life. Yet they are not completely automated: unfortunately for the theoreticians of information, words are not in themselves “informationist”; they contain forces that can upset the most careful calculations.

Words coexist with power in a relation analogous to that which proletarians (in the modern as well as the classic sense of the term) have with power. Employed by it almost full time, exploited for every sense and nonsense that can be squeezed out of them, they still remain in some sense fundamentally alien to it.

~ From “All the King’s Men”, which originally appeared in Internationale Situationniste #8 (Paris, January 1963). This translation by Ken Knabb is from the Situationist International Anthology (Revised and Expanded Edition, 2006). No copyright.

Read the rest of this statement HERE.