“The world of the fairy tale has been traditionally read as one in which anything may happen, in which all things work toward and will eventually culminate in, the ‘perfect’ fairy tale ending of ‘happily ever after.’ However, the last half-century (with the rise of literary theory in general and feminist theory in particular) has produced a degree of cynicism towards this traditional reading. Fairy tale ideology has been challenged on the grounds that it is classist, racist, and, most blatantly, sexist. Hence, such tales have found new storytellers and have been adapted in such a way as to subvert the problematic ideals of tradition and, in most cases, replace them with what is seen as a fresher, more inclusive set of values. In 1972 Anne Sexton published Transformations, a collection of poetic retellings of seventeen widely recognizable fairy tales from the Brothers Grimm, which, in the eyes of such critics as Carol Leventen, “belongs to [this] significant body of revisionist / feminist work” (137). Although these retellings doreflect a new (and distinctly female) voice, however, Sexton’s critique contains complexities that go beyond a feminist objection to patriarchal concepts of perfection and happiness. Rather, Sexton’s tales suggest that the real problem with the fairy tale is to be found in its very striving towards the non-problematic; in short, Sexton’s poems are not so much feminist re-writings as they are poststructuralist re-readings. Their aim is not to adapt the traditional in providing or implying a new (feminist) central philosophy, but rather, to strip the tales of any centre whatsoever… ” 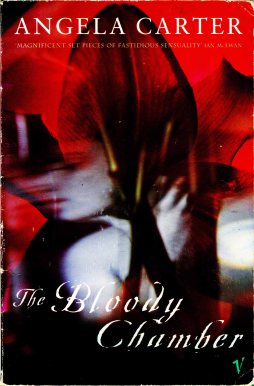 “Carter’s fairy-tale heroines reclaim the night. She rewrites the conventional script formed over centuries of acclimatizing girls—and their lovers—to a status quo of captivity and repression, and issues a manifesto for alternative ways of loving, thinking and feeling.”


“Storytelling for Angela Carter was an island full of noises and sweet airs, and like Caliban, who heard a thousand twangling instruments hum about his ears, she was tuned to an ethereal universe packed with sensations, to which she was alive with every organ. Acoustics are not the only means, however, that she draws on to convey the lucid dreams she creates in her ﬁction. Her imagination is spatial, an architect’s axonometric vision, as she moves us through palaces and castles, forests and tundras, dungeons and attics, tracking with us down pathways towards her various sealed depositories of secrets, those bloody chambers.”