Self portrait in the Cederberg, 2012

Trailer for the new Katinka Heyns film Die Wonderwerker, based on the life of poet, lawyer, naturalist and morphine addict, Eugene Marais.

Released: 7th September 2012
Starring: Cobus Rossouw, Marius Weyers, Sandra Kotze, Dawid Minnaar, Elize Cawood, Anneke Weidemann, Kaz McFadden, Erica Wessels
Synopsis:
Eugene Marais was not only a remarkable poet and naturalist, but an extraordinary person whose life was a continuous source of drama and controversy. In 1908, he is a qualified lawyer who has just spent a solitary 2 years living amongst the baboons of the remote Waterberg; studying their habits.

On his way to Nylstroom, in the grip of a Malaria induced fever, he stops on a farm looking for drinking water. Observing his weakness and the seriousness of his illness, Gys van Rooyen and his wife Maria take him into their home to recover.

Maria leads an unfulfilled life and she is lonely. The forty year old Eugene Marais is attractive, charming and mysterious. She, as many women before her, falls in love with him. There are two others resident in the house, the Van Rooyen’s son Adriaan, and a seventeen year old adopted daughter Jane Brayshaw.

Twelve years earlier Marais’ young wife, Aletta, died giving birth to their only child, something he was never able to process. Jane is a striking embodiment of her. Gradually he realizes he is losing his heart to her. And she reciprocates. What further complicates matters is that the young Adriaan is himself smitten with Jane.

Eugene Marais’ secret demon is his morphine addiction. He is a high functioning addict- whose behaviour is only affected when he doesn’t use it. Maria discovers his secret. In an attempt to not only curb his addiction but also to assert control over him, she confiscates his morphine and begins rationing it back to him.

This leads to a love quadrangle, like a time bomb ticking. Inevitably ticking…

This Film is in Afrikaans with English subtitles. 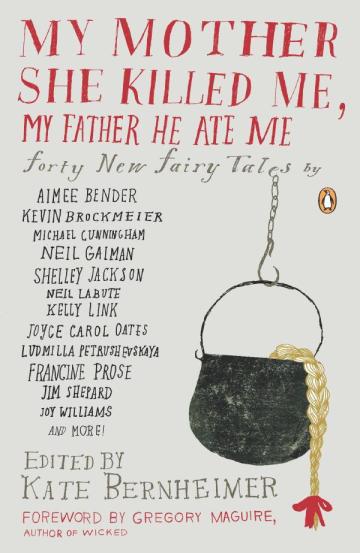 “I have a sense that a proliferation of magical stories, especially fairy tales, is correlated to a growing awareness of human separation from the wild and natural world. In fairy tales, the human and animal worlds are equal and mutually dependent. The violence, suffering and beauty are shared. Those drawn to fairy tales, perhaps, wish for a world that might live “forever after”. My work as a preservationist of fairy tales is entwined with all kinds of extinction.”

– Kate Bernheimer in the Introduction to My Mother She Killed Me, My Father He Ate Me: Forty New Fairy Tales (Penguin, 2010)