This past week, I experienced a powerfully evocative art installation by Asanda Kaka and Valentina Argirò addressing (no pun intended!) the silent magnitude of this scourge during Cape Town’s annual public arts festival, Infecting The City.

On approaching the rows of dresses hung on crosses, one’s face materialises in mirrors positioned in the “head” space above the dresses, making it impossible to distance one’s own body from the figures represented. 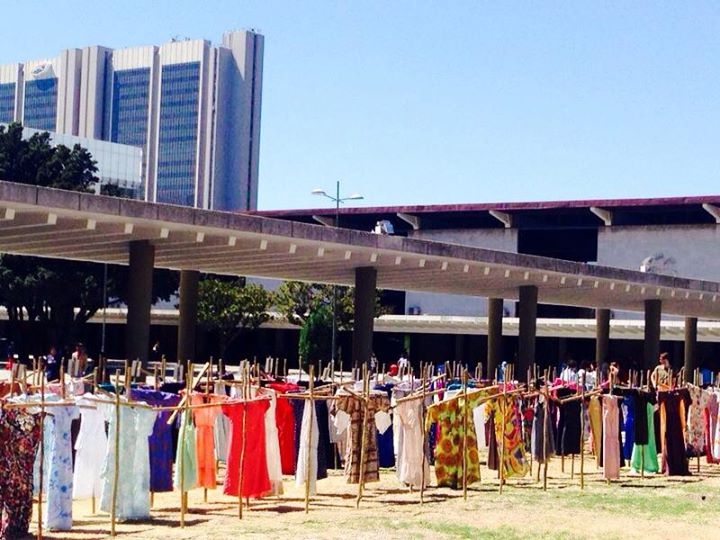 According to a report issued by UNISA, at least one rape case is reported every four minutes in South Africa – this translates into approximately 360 cases per day. 3600 A Day is an installation of women’s’ clothes, donated by women in support of the project. The exaggerated number of 3600 serves to highlight the magnitude of the problem and the number of unreported cases of violence against women and children. In a visual shock of magnitude, the installation warns against the normalisation of such violence.

Installed on crosses, the dresses represent the individual, yet also communal impact that abuse has on all women and children in this country. Reflected in the mirrors on top of the crosses are the faces of those who approach – possible victims, perpetrators or bystanders.