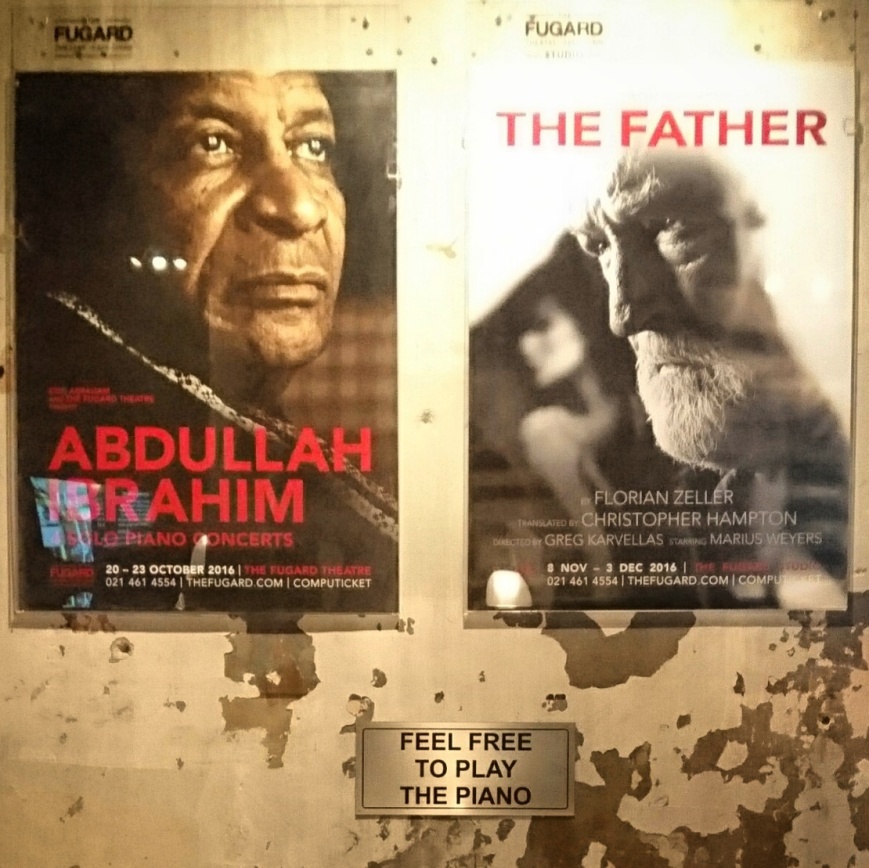 My kind friend Anwar gave me a ticket to Abdullah Ibrahim’s solo concert last night at the Fugard Theatre. It was the quietly incandescent performance of an old man who has been so far and seen so much, whose heart remains rooted in this troubled land even as it hurts to be here, even as his fingers know he doesn’t have forever. His playing held such sorrow, yet such peace, and playfulness, too. Refusing easy resolution, defiantly free as ever.  We imagined afterwards how incredible it would have been if the whole performance could have been broadcast live on loudspeakers, into every roiling corner of this country, for everyone to hear it simultaneously. A lament. A hymn. A balm. A lesson. Beyond the span of words’ expression.