When she does not find love, she may find poetry. Because she does not act, she observes, she feels, she records; a colour, a smile awakens profound echoes within her; her destiny is outside her, scattered in cities already built, on the faces of men already marked by life, she makes contact, she relishes with passion and yet in a manner more detached, more free, than that of a young man.

Being poorly integrated in the universe of humanity and hardly able to adapt herself therein, she, like the child, is able to see it objectively; instead of being interested solely in her grasp on things, she looks for their significance; she catches their special outlines, their unexpected metamorphoses. She rarely feels a bold creativeness, and usually she lacks the technique of self-expression; but in her conversation, her letters, her literary essays, her sketches, she manifests an original sensitivity.

The young girl throws herself into things with ardour, because she is not yet deprived of her transcendence; and the fact that she accomplishes nothing, that she is nothing, will make her impulses only the more passionate. Empty and unlimited, she seeks from within her nothingness to attain All.

― Simone de Beauvoir,  from The Second Sex (first published in French as Le Deuxième Sexe in 1949)
If you’re interested in reading this hugely influential text, you can find it online HERE.

“If you feel you’re standing on solid ground, you’re DEAD.”

— David Bowie, on the creative process

I used many times to touch my own chest and feel, under its asthmatic quiver, the engine of the heart and lungs and blood and feel amazed at what I sensed was the enormity of the power I possessed. Not magical power, but real power. The power simply to go on, the power to endure, that is power enough, but I felt I had also the power to create, to add, to delight, to amaze and to transform.

― Stephen Fry, from his autobiography, Moab Is My Washpot (Random House, 1997)

Watch more of this Australian Broadcasting Corporation insert from February 2013 – Nick talks about creativity, inspiration, his characters and his penchant for observation – HERE.

Creativity is akin to insanity, say scientists who have been studying how the mind works. Brain scans reveal striking similarities in the thought pathways of highly creative people and those with schizophrenia.

Both groups lack important receptors used to filter and direct thought. It could be this uninhibited processing that allows creative people to “think outside the box”, say experts from Sweden’s Karolinska Institute. In some people, it leads to mental illness. But rather than a clear division, experts suspect a continuum, with some people having psychotic traits but few negative symptoms. 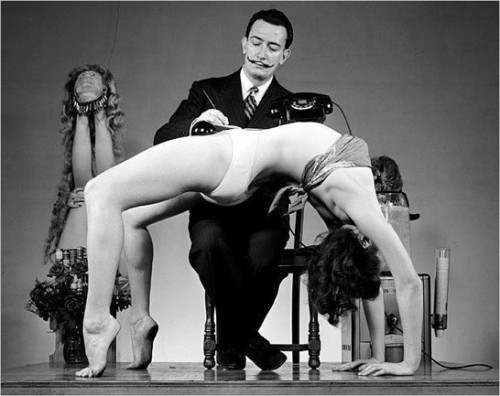 Art and suffering
Some of the world’s leading artists, writers and theorists have also had mental illnesses – the Dutch painter Vincent van Gogh and American mathematician John Nash (portrayed by Russell Crowe in the film A Beautiful Mind) to name just two.

Creativity is known to be associated with an increased risk of depression, schizophrenia and bipolar disorder. Similarly, people who have mental illness in their family have a higher chance of being creative.

The thalamus channels thoughts
Associate Professor Fredrik Ullen believes his findings could help explain why. He looked at the brain’s dopamine (D2) receptor genes which experts believe govern divergent thought. He found highly creative people who did well on tests of divergent thought had a lower than expected density of D2 receptors in the thalamus – as do people with schizophrenia. The thalamus serves as a relay centre, filtering information before it reaches areas of the cortex, which is responsible, amongst other things, for cognition and reasoning.