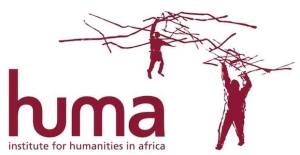 “’Then you are a man, my son’: Kipling and the Zuma Rape Trial” presented by Lucy Graham (UWC)

One of the strangest incidents during the Jacob Zuma rape trial was surely the moment when Judge Willem van der Merwe, handing down his verdict that exonerated Zuma, addressed Zuma with the following words: “Had Rudyard Kipling known of this case at the time he wrote his poem, ‘If’, he might have added the following: ‘And, if you can control your body and your sexual urges, then you are a man, my son’”.

It is now nine years since the Zuma rape trial, and yet this allusion to Kipling’s famous poem has been passed over by other commentators on the trial. Of what exactly is Kipling a spectre as he appeared in the judge’s verdict, and how do we read the judge’s strange politics of (dis)affinity that arises out of his rescripting of Kipling: his insistence on the developmental and racialised difference of boyhood and manhood, while at the same time his possible consolidation of a more absolute difference based on gender? How was discourse and performativity during and around the Zuma rape trial related to the history of “Zuluness”, and to the reception of narratives of intraracial sexual violence by the ANC? What significance does an analysis of the Zuma rape trial that takes into account colonial history have for contemporary South Africa, and specifically for the UCT: Rhodes Must Fall movement at the University of Cape Town? In this paper I am interested in the ways in which spectres of colonial patriarchy continue to haunt the South African present.