“All these dead suns, these posthumous rays which take millions of light-years to reach us, asteroids, fragments of dead worlds, shattered and exploded, old moons, flawed and cankered, crusts, sores, blotches, cold lupus, devouring leprosy, sanies, and that last drop of pearl-like light, the purest of all, sweating at the highest point of the firmament and about to fall… is not a tear nor a dewdrop, but a drop of pus. The universe is in the process of decomposing and, like a cemetery, it swarms with becoming and smells good. The stars are unguent-bearing and throb feverishly; each ray carries seeds sown in the brain of man, and they are the seeds of destruction. Grey matter contains sunspots that eat into the whole circumference of the brain. It is an index of disintegration. Thought is a pestilence.” 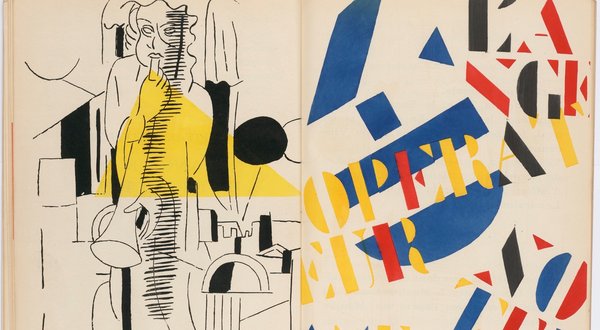 “He recounts his adventures in Russia during the revolution of 1905, in the trenches of World War I (where he lost his right arm), in Brazil in the 1920s, and behind the lines during World War II. The two wars run throughout as a unifying thread. As the title announces, this is a memoir of the sky – of Cendrars’s love of birds, levitation, and aviation. The opening of the book finds Cendrars, the great adventurer and traveler, sailing back from Brazil to Paris with 250 multi-colored birds, hoping to bring at least one of them alive to a child he loves.

The second part moves back and forth between the author’s recollections of life as a war correspondent in 1940 and an encyclopedic discourse on levitation he wrote in search of a patron saint of aviation (perhaps as compensation for the death of his young son, Remy, who was a pilot during the war). With unmatched exuberance, Cendrars writes on poetry, myths, existentialism, his life in Paris between the wars with the painter Delaunay and the Dadaists, and his exotic adventuresin Brazil. His anecdotes of Russia, where he was a jeweller’s assistant, are compelling and funny. His fiercely imaginative stories, such as one about a Brazilian coffee plantation owner who, obsessed with his love for Sarah Bernhardt, retreats into the wilderness, are magical.”

(I found this review HERE.)