From the ex-X-Ray-Spex icon’s last album, Generation Indigo, released in March 2011, a month before her death at 53 of breast cancer. 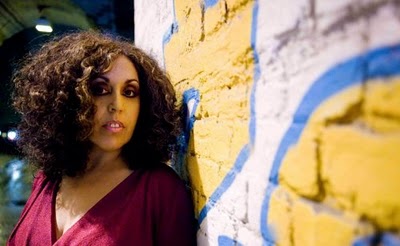 Gilles Deleuze
Cinema 2: The Time Image
Chapter III. From Recollection to Dreams: Third Commentary on Bergson
3b: From the Optical and Sound Image to the Dream-Image
[regarding the dreamer’s dream:]
The virtual image which becomes actual does not do so directly, but becomes actual in a different image, which itself plays the role of virtual image being actualized in a third, and so on to infinity: The dream is not a metaphor but a series of anamorphoses which sketch out a very large circuit. [….] When the sleeper is given over to the actual luminous sensation of a green surface broken by white patches, the dreamer who lives in the sleeper may evoke the image of a meadow dotted with flowers, but this image is only actualized by already becoming the image of a billiard table furnished with balls, which in turn does not become actual without becoming something else. These are not metaphors, but a becoming which can by right continue to infinity.

In René Clair’s Entr’acte, the dancer’s tutu seen from beneath ‘spreads out like a flower’, and the flower ‘opens and closes its corolla, enlarges its petals, and lengthens its stamens’, to turn back into the opening legs of a dancer; the city lights become a ‘pile of lighted cigarettes’ in the hair of a man playing chess, cigarettes which in turn become the columns of a Greek temple, then a silo, whilst the chessboard becomes transparent to give a view of the Place de la Concorde.’
Gilles Deleuze, in Cinema 2, 1989: 54c-55, quoting Jean Mitry.