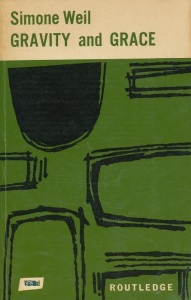 Faith is the experience that intelligence is enlightened by love.
Only, intelligence has to recognize by the methods proper to it, that is to say by veriﬁcation and demonstration, the pre-eminence of love. It must not yield unless it knows why, and it must know this quite precisely and clearly. Otherwise its submission is a mistake and that to which it submits itself is something other than supernatural love. For example it may be social inﬂuence.

In the intellectual order, the virtue of humility is nothing more nor less than the power of attention.

When we listen to Bach or to a Gregorian melody, all the faculties of the soul become tense and silent in order to apprehend this thing of perfect beauty—each after its own fashion—the intelligence among the rest. It ﬁnds nothing in this thing it hears to aﬃrm or deny, but it feeds upon it.
Should not faith be an adherence of this kind?
The mysteries of faith are degraded if they are made into an object of aﬃrmation and negation, when in reality they should be an object of contemplation.

The privileged rôle of the intelligence in real love comes from the fact that it is inherent in the nature of intelligence to become obliterated through the very fact that it is exercised. I can make eﬀorts to discover truths, but when I have them before me they exist and I do not count.

There is nothing nearer to true humility than intelligence. It is impossible to be proud of our intelligence at the moment when we are really exercising it. Moreover, when we do exercise it we are not attached to it, for we know that even if we became an idiot the following instant and remained so for the rest of our life, the truth would continue unchanged.

The mysteries of the Catholic faith are not intended to be believed by all the parts of the soul. The presence of Christ in the host is not a fact of the same kind as the presence of Paul’s soul in Paul’s body (actually both are completely incomprehensible, but not in the same way). The Eucharist should not then be an object of belief for the part of me which apprehends facts. That is where Protestantism is true. But this presence of Christ in the host is not a symbol, for a symbol is the combination of an abstraction and an image, it is something which human intelligence can represent to itself, it is not supernatural. There the Catholics are right, not the Protestants. Only with that part of us which is made for the supernatural should we adhere to these mysteries.

The rôle of the intelligence—that part of us which aﬃrms and denies and formulates opinions—is merely to submit. All that I conceive of as true is less true than those things of which I cannot conceive the truth, but which I love. Saint John of the Cross calls faith a night. With those who have had a Christian education, the lower parts of the soul become attached to these mysteries when they have no right to do so. That is why such people need a puriﬁcation of which Saint John of the Cross describes the stages. Atheism and incredulity constitute an equivalent of this puriﬁcation.

The desire to discover something new prevents people from allowing their thoughts to dwell on the transcendent, undemonstrable meaning of what has already been discovered. My total lack of talent which makes such a desire out of the question for me is a great favour I have received. The recognized and accepted lack of intellectual gifts compels the disinterested use of the intelligence.

The world is a text with several meanings, and we pass from one meaning to another by a process of work. It must be work in which the body constantly bears a part, as, for example, when we learn the alphabet of a foreign language: this alphabet has to enter into our hand by dint of forming the letters. If this condition is not fulﬁlled, every change in our way of thinking is illusory.

We have not to choose between opinions. We have to welcome them all but arrange them vertically, placing them on suitable levels.
Thus: chance, destiny, Providence.

Intelligence can never penetrate the mystery, but it, and it alone, can judge of the suitability of the words which express it. For this task it needs to be keener, more discerning, more precise, more exact and more exacting than for any other.

The Greeks believed that only truth was suitable for divine things—not error nor approximations. The divine character of anything made them more exacting with regard to accuracy. (We do precisely the opposite, warped as we are by the habit of propaganda.) It was because they saw geometry as a divine revelation that they invented a rigorous system of demonstration…

In all that has to do with the relations between man and the supernatural we have to seek for a more than mathematical precision; this should be more exact than science.1

We must suppose the rational in the Cartesian sense, that is to say mechanical rule or necessity in its humanly demonstrable form, to be everywhere it is possible to suppose it, in order to bring to light that which lies outside its range.

The use of reason makes things transparent to the mind. We do not, however, see what is transparent. We see that which is opaque through the transparent—the opaque which was hidden when the transparent was not transparent. We see either the dust on the window or the view beyond the window, but never the window itself. Cleaning oﬀ the dust only serves to make the view visible. The reason should be employed only to bring us to the true mysteries, the true undemonstrables, which are reality. The uncomprehended hides the incomprehensible and should on this account be eliminated.

Science, today, will either have to seek a source of inspiration higher than itself or perish.
Science only oﬀers three kinds of interest: (1) Technical applications, (2) A game of chess, (3) A road to God. (Attractions are added to the game of chess in the shape of competitions, prizes and medals.)

Pythagoras. Only the mystical conception of geometry could supply the degree of attention necessary for the beginning of such a science. Is it not recognized, moreover, that astronomy issues from astrology and chemistry from alchemy? But we interpret this ﬁliation as an advance, whereas there is a degradation of the attention in it. Transcendental astrology and alchemy are the contemplation of eternal truths in the symbols oﬀered by the stars and the combinations of substances. Astronomy and chemistry are degradations of them. When astrology and alchemy become forms of magic they are still lower degradations of them. Attention only reaches its true dimensions when it is religious.

Galileo. Having as its principle unlimited straight movement and no longer circular movement, modern science could no longer be a bridge towards God.

The philosophical cleansing of the Catholic religion has never been done. In order to do it it would be necessary to be inside and outside.
__

1 Here again is one of those contradictions which can only be resolved in the realm of the inexpressible: the mystic life, which only arises from the divine arbitrariness, is nevertheless subject to the most severe rules. Saint John of the Cross was able to give a geometric plan of the journey of the soul towards God. [Editor’s note.]