“The Public Works Minister’s (Thulas Nxesi) response to the (Zuma/Nkandla) expose was twofold,” Milo said at Wits University in Johannesburg.

“(These were) to call for the City Press, which first broke the story, to be investigated for the crime of unlawfully processing a ‘top secret’ document, and to refuse to answer questions about the Nkandla funding because it had been declared a ‘national key point’.”

He said both these propositions required Nxesi to use apartheid-era security legislation such as the Protection of Information Act of 1982 and the National Key Points Act of 1980.

“This is hardly the type of legislation I would want to be relying on if I were in the minister’s position.”

The use of these laws was a current threat to media freedom and was being used to stifle transparency and accountability, he said.

Read more of this article HERE. 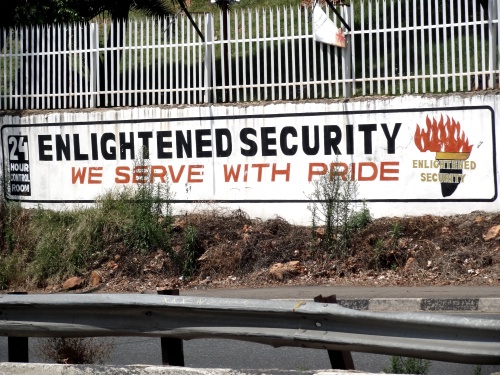 A bit like ‘military intelligence’: the bigger the lie, the more likely people are to believe it …

Why is it that people we entrust running our countries to – and therefore, in effect, collectively, the world – don’t need to have a degree? A doctor needs to study for seven gruelling years before he or she is allowed to examine and treat your body, but politicians can somehow take a country to glory or ruin based on being elected on sheer charisma.

Would you let someone operate on you because they have a great smile? No? Strange that we let people run a country who, in South Africa for instance, never even attended high school.

Why not establish a special college , call it Polit School, where those who excel at school – the top academics, head boys and girls, etc – go to, and are groomed for, in order to learn how to run a country? Or, if someone who has already left school wants to run a municipality, province or country, that person could apply to study at this institution.

The most important quality must be integrity; the college must be based on a code similar to that of the knights of the middle ages. The strong are there to protect the weak, chivalry and honour top the list. Any blemish of character relating to dishonesty, cruelty or self-enhancement at the expense of others would disqualify candidates immediately. Thorough background checks are mandatory.

The rigorous selection system and exams run by the college board would ensure these professionals adhere to and adopt a code of ethics every bit as strict as those who study to enter the legal or medical field.

One of the most important subjects at this college would have to be history, since learning from past mistakes is something politicians appear to have little aptitude for. Hopefully this prize team of carefully selected individuals could take the human race past its present, circular set of stumbling blocks, and we can stop banging our heads against the same walls so repetitively.

Come election time, citizens would only be allowed to select Polit School candidates to run their country, cabinet, parliament etc from this pool of highly ethical, trained professionals. Of course, once they qualify, they have to enter the field at the lowest rung – in communities and villages and townships – before making their way to the top.

And they would be subject to screening at every step. And those who do the screening and selections – same goes for the candidates – are simply not allowed to be connected to big business in any way whatsoever. The connection between corporates and politicians has to be severed. It’s a serious business running a country. Let’s turn it into a science.

Leadership is also somewhat of an art. Some of us are just not cut out for it, no matter how hard we would work at Polit School. One would rather rule with love than fear. You have huge responsibilities placed on your shoulders, and you chose them; you as leader have been entrusted with taking care of millions of people, not only in your own country, but those bordering it. Today the human race is a global phenomenon ,so whatsoever actions you chose to implement at home will have ripples abroad.

We are no longer isolated entities and our very survival is at stake because – shame to admit it really, as we do regards ourselves as intelligent creatures – we still don’t know how to get on with each other. So the election of the world’s leadership is critical right now.

We need to do away with greedy leaders who comprise the 1% and start sharing resources because there are enough actually, if shared and managed wisely. Leaders need to lead by example. Their behaviour must be impeccable. If there is any slander against them it must be investigated and cleared immediately. People cannot doubt their leaders, just as small children cannot doubt their parents.

What has changed is leaders can’t bullshit the masses as easily as they used to. In the bad old days you could start a border incident with a few well-placed gold coins, a ship gets sunk or a village torched and bingo, you have your excuse to invade the neighbours because “they started it” and we were “acting in defence”.

After that came control of the media – Goebbels realised its power, so did the apartheid regime, and the mainstream media is massively controlled by the US police state even today. But cracks like Wikileaks are appearing and the forces of opposition – Anonymous etc – grow stronger by the day. We can’t be fooled as easily as we once could.

Our leaders need to unite us all to address the real challenges of the day – the destruction of the environment, water scarcity, food shortages, housing, education, meaningful employment and relation to each other – rather than bullshit like wars and squabbling over resources and territories we all need to now share, or we will perish in large swathes.

If there are disagreements, the one thing the ancient tribes resorted to that I kind of dig is at times a champion from each tribe would be put forward to solve the unsolvable disagreement. Sometimes it was the chief himself … maybe there were even herselfs who fought for the tribe’s honour. Imagine today’s leaders doing something like that? We need brave leaders who can walk the talk, not cower behind their police or armies. They have to be at the frontline.

The old order changeth and the new one emerges. A system of leadership which was based on monarchy which became the lapdog of corporates and was always based on lies and fear and plunder is falling. The only world superpower since WWII is becoming replaced by a number of growing, other superpowers. The monetary system as we know it is in danger of complete global collapse. Its a 2012 scenario and its already started.

What replaces it is the question. If the centre collapses, is it filled by complete chaos, anarchy in its worst form? Things are polarising fast, and those with the most possessions have the most to lose. So, whose side are you on, becomes the question … and who will step forward with the guts to lead a new world, with a new style of leadership, is the big question.

“Still, American television is full of smiles and more and more perfect-looking teeth. Do these people want us to trust them? No. Do they want us to think they’re good people? No again. The truth is they don’t want anything from us. They just want to show us their teeth, their smiles, and admiration is all they want in return. Admiration. They want us to look at them, that’s all. Their perfect teeth, their perfect bodies, their perfect manners, as if they were constantly breaking away from the sun and they were little pieces of fire, little pieces of blazing hell, here on this planet simply to be worshipped.”
― Roberto Bolaño, 2666 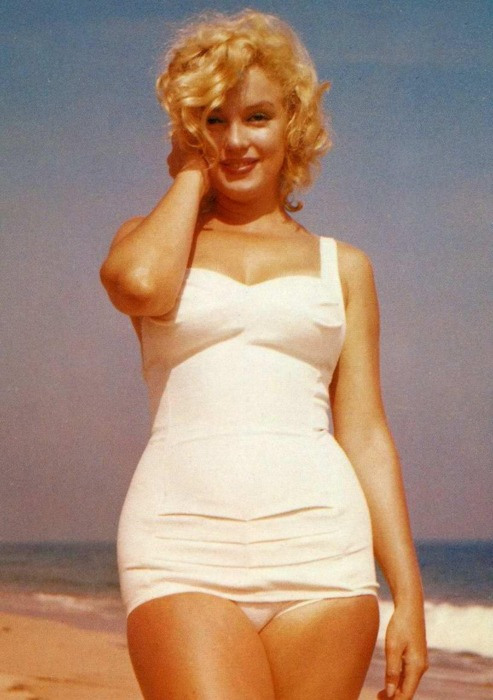 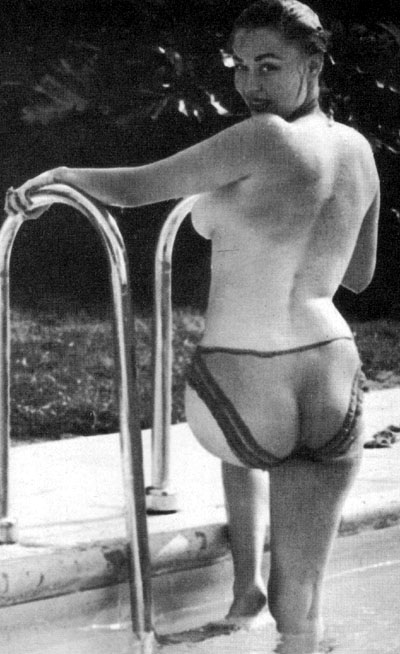 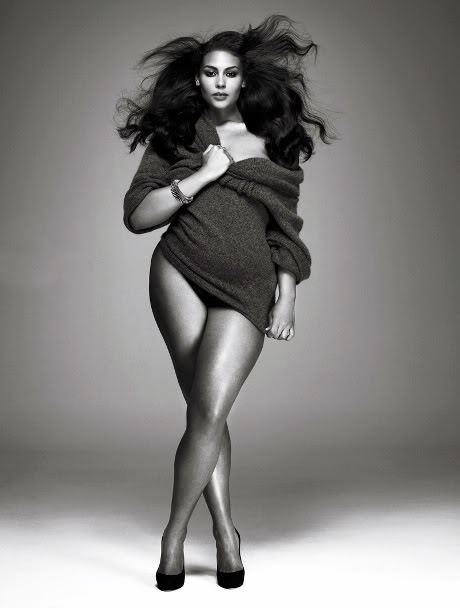 “WARNING: The following picture might be considered obscene because subject is not thin. And we all know that only skinny people can show their stomachs and celebrate themselves. Well I’m not going to stand for that. This is my body. Not yours. MINE. Meaning the choices I make about it are none of your fucking business. Meaning my size IS NONE OF YOUR FUCKING BUSINESS.

If my big belly and fat arms and stretch marks and thick thighs offend you, then that’s okay. I’m not going to hide my body and my being to benefit your delicate sensitivities.

MOST OF ALL, this picture is for me. For the girl who hated her body so much she took extreme measures to try to change it. Who cried for hours over the fact she would never be thin. Who was teased and tormented and hurt just for being who she was.

I’m so over that.

THIS IS MY BODY, DEAL WITH IT.” 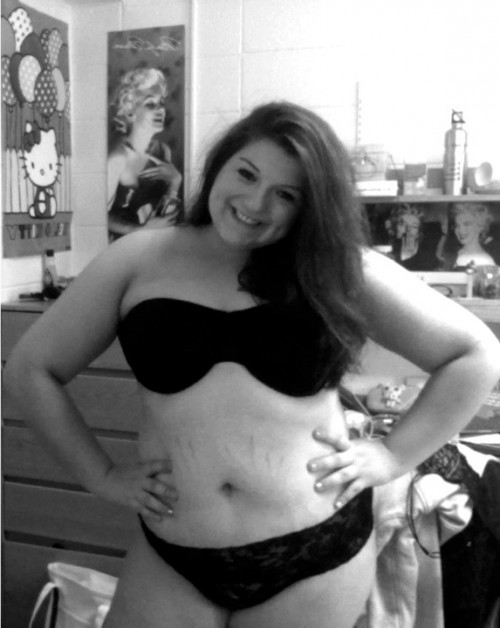 END_OF_DOCUMENT_TOKEN_TO_BE_REPLACED

The 6th heapsong from Imogen’s upcoming new album ‘You Know Where To Find Me’ is available to buy now at http://www.musicglue.com/imogenheap.

thinking for
a moment
it was one
day
like any other.

it must have been the quiet
candlelight
that filled my room,

it must have been
the first
easy rhythm
with which I breathed
myself to sleep,

it must have been
the prayer I said
speaking to the otherness
of the night.

And
I thought
this is the good day
you could
meet your love,

this is the black day
someone close
to you could die.

and I found myself
sitting up
in the quiet pathway
of light,

the tawny
close grained cedar
burning round
me like fire
and all the angels of this housely
heaven ascending
through the first
roof of light
the sun has made.

This is the bright home
in which I live,
this is where
I ask
my friends
to come,
this is where I want
to love all the things
it has taken me so long
to learn to love.

This is the temple
of my adult aloneness
and I belong
to that aloneness
as I belong to my life.

There is no house
like the house of belonging.

A bad lip reading of the first 2012 US presidential debate. Utterly brilliant.