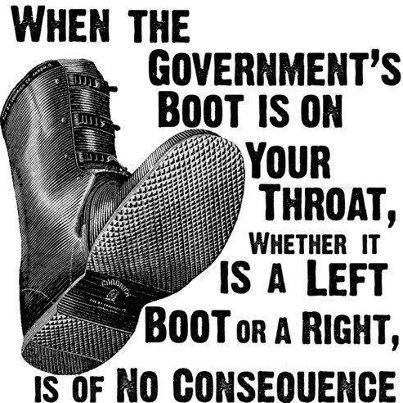 Nina Hagen & Automobil (1974). One of her first performances on film. There’s a version with English subtitles HERE.

Raised by her mother, well-known film and TV actress Eva-Maria Hagen and her stepfather, dissident singer-songwriter Wolf Biermann (who was a big influence on her political views and a big nuisance to the GDR), Hagen began singing professionally at a young age. Backed by her group, Automobil, her 1974 single, “Du Hast den Farbfilm Vergessen” (“You forgot the color film”) became a huge hit in the GDR and made Hagen a big star. The seemingly innocent-sounding lyrics (a girlfriend berating her boyfriend for not bringing color film on their vacation) were a subtle dig mocking the sterile, gray, Communist state. The fluffy-sounding ditty became one the most popular songs of 1974 and the double meaning of the comical lyrics was apparently well-understood by both the general population and the Politbüro elites.

In 1976, Wolf Biermann was stripped of his citizenship and refused re-admittance into the GDR after he’d played a TV concert in Cologne. When her mother left to join her husband, Nina claimed to be Biermann’s biological daughter. However, the thing that probably got her visa stamped stat was her threat to the authorities that she would become “the next Wolf Biermann.”

Four days later she was living in the West. I wonder how many people were thrown OUT of East Germany? That’s punk! (from dangerousminds.net)

The following are excerpts from Vilém Flusser’s Towards a Philosophy of Photography (London: Reaktion Books, 2000).

The Image
Images are mediations between the world and human beings. Human beings ‘ex-ist’, i.e. the world is not immediately accessible to them and therefore images are needed to make it comprehensible. However, as soon as this happens, images come between the world and human beings. They are supposed to be maps but they turn into screens: Instead of representing the world, they obscure it until human beings’ lives finally become a function of the images they create. Human beings cease to decode the images and instead project them, still encoded, into the world ‘out there’, which meanwhile itself becomes like an image – a context of scenes, of state of things. This reversal of function of the image can be called ‘idolatry’; we can observe the process at work in the present day: The technical images currently all around us are in the process of magically reconstructing our ‘reality’ and turning it into a ‘global image scenario’. Essentially this is a question of ‘amnesia’. Human beings forget they created the images in order to orient themselves in the world. Since they are no longer able to decode them, their lives become a function of their own images: Imagination has turned into hallucination. (pp 9-10)

The struggle of writing against the image – historical consciousness against magic – runs throughout history. With writing, a new ability was born called ‘conceptual thinking’ which consisted of abstracting lines from surfaces, i.e. producing and decoding them. Conceptual thought is more abstract than imaginative thought as all dimensions are abstract from phenomena – with the exception of straight lines. Thus with the invention of writing, human beings took one step further back from the world. Texts do not signify the world; they signify the images they tear up. Hence, to decode texts means to discover the images signified by them. The intention of texts is to explain images, while that of concepts is to make ideas comprehensible. In this way, texts are a metacode of images.

This raises the question of the relationship between texts and images – a crucial question for history. In the medieval period, there appears to have been a struggle on the part of Christianity, faithful to the text, against idolaters or pagans; in modern times, a struggle on the part of textual science against image-bound ideologies. The struggle is a dialectical one. To the extent that Christianity struggled against paganism, it absorbed images and itself became pagan; to the extent that science struggled against ideologies, it absorbed ideas and itself became ideological. The explanation for this is as follows: Texts admittedly explain images in order to explain them away, but images also illuminate texts in order to make them comprehensible. Conceptual thinking admittedly analyze magical thought in order to clear it out of the way, but magical thought creeps into conceptual thought so as to bestow significance on it. In the course of this dialectical process, conceptual and imaginative thought mutually reinforce one another. In other words, images become more and more conceptual, texts more and more imaginative. Nowadays, the greatest conceptual abstraction is to be found in conceptual images (in computer images, for example); the greatest imagination is to be found in scientific texts. Thus, behind one’s back, the hierarchy of codes is overturned. Texts, originally a metacode of images, can themselves have images as a metacode.

That is not all, however. Writing itself is a mediation – just like images – and is subject to the same internal dialectic. In this way, it is not only externally in conflict with images but is also torn apart by an internal conflict. If it is the intention of writing to mediate between human beings and their images, it can also obscure images instead of representing them and insinuate itself between human beings and their images. If this happens, human beings become unable to decode their texts and reconstruct the images signified in them. If the texts, however, become incomprehensible as images, human beings’ lives become a function of their texts. There arises a state of ‘textolatry’ that is no less hallucinatory than idolatry. Examples of textolatry, of ‘faithfulness to the text’, are Christianity and Marxism. Texts are then projected into the world out there, and the world is experienced, known and evaluated as a function of these texts. A particularly impressive example of the incomprehensible nature of texts it provided nowadays by scientific discourse. Any ideas we may have of the scientific universe (signified by these texts) are unsound: If we do form ideas about scientific discourse, we have decoded it ‘wrongly’: anyone who tries to imagine anything, for example, using the equation of the theory of relativity, has not understood it. But as, in the end, all concepts signify ideas, the scientific, incomprehensible universe is an ’empty’ universe.

Textolatry reached a critical level in the nineteenth century. To be exact, with it history came to an end. History, in the precise meaning of the world, is a progressive transcoding of images into concepts, a progressive elucidation of ideas, a progressive disenchantment (taking the magic out of things), a progressive process of comprehension. If texts become incomprehensible, however, there is nothing left to explain, and history has come to an end. During this crisis of texts, technical images were invented: in order to make texts comprehensible again, to put them under a magic spell – to overcome the crisis of history. (pp 11 – 13)

To summarize: Photographs are received as objects without value that everyone can produce and that everyone can do what they like with. In fact, however, we are manipulated by photographs and programmed to act in a ritual fashion in the service of a feedback mechanism for the benefit of cameras. Photographs suppress our critical awareness in order to make us forget the mindless absurdity of the process of functionality, and it is only thanks to this suppression that functionality is possible at all. Thus photographs form a magic circle around us in the shape of the photographic universe. What we need is to break this circle. (pg 64)

Why a Philosophy of Photography is Necessary
With one exception: so-called experimental photographers – those photographers in the sense of the word intended here. They are conscious that image, apparatus, program and information are the basic problems that they have to come to terms with. They are in fact consciously attempting to create unpredictable information, i.e. to release themselves from the camera, and to place within the image something that is not in its program. They know they are playing against the camera. Yet even they are not conscious of the consequence of their practice: They are not aware that they are attempting to address the question of freedom in the context of apparatus in general.  (pg 81)

A philosophy of photography is necessary for raising photographic practice to the level of consciousness, and this is again because this practice gives rise to a model of freedom in the post-industrial context in general. A philosophy of photography must reveal the fact that there is no place for human freedom within the area of automated, programmed and programming apparatuses, in order finally to show a way in which it is nevertheless possible to open up a space for freedom. The task of a philosophy of photography is to reflect upon this possibility of freedom  – and thus its significance – in a world dominated by apparatuses; to reflect upon the ways in which, despite everything, it is possible for human beings to give significance to their lives in face of the chance necessity of death. Such a philosophy is necessary because it is the only form of revolution left open to us. (pp 81-82)

What a thrill —
My thumb instead of an onion.
The top quite gone
Except for a sort of a hinge

Of skin,
A flap like a hat,
Dead white.
Then that red plush.

Straight from the heart.
I step on it,
Clutching my bottle
Of pink fizz.

A celebration, this is.
Out of a gap
A million soldiers run,
Redcoats, every one.

Whose side are they on?
O my
Homunculus, I am ill.
I have taken a pill to kill

Being human is a raw experience. I have bouts of not feeling fully human. It’s always connected to a horrible sensation of being very distant from my body, like I’m disintegrating. I feel like this today. I think it is the result of too much time alone in thought and on the internet this weekend. I look on my body’s workings numbly, from a great distance, as though through the wrong end of a telescope. My hand resting on the mouse is a heavy foreign instrument. When I walk around town, I feel very far from everything and everyone. People’s voices, including my own when I speak, come at me down a funnel. It’s hard to get work done in such a state. It takes great effort to appear coordinated.

I slipped and fell and gashed my shin open the other day. It felt so good, the sting and the blood oozing out, like proof of real contact with something outside myself. I noticed that I felt more alive than in weeks, as if I had been pulled back into my body at the moment of impact.

“I’m not telling you to make the world better, because I don’t think that progress is necessarily part of the package. I’m just telling you to live in it. Not just to endure it, not just to suffer it, not just to pass through it, but to live in it. To look at it. To try to get the picture. To live recklessly. To take chances. To make your own work and take pride in it. To seize the moment. And if you ask me why you should bother to do that, I could tell you that the grave’s a fine and private place, but none I think do there embrace. Nor do they sing there, or write, or argue, or see the tidal bore on the Amazon, or touch their children. And that’s what there is to do and get it while you can and good luck at it.”

~ Joan Didion,  from a commencement speech she gave at the University of California in 1975.