A selection of my favourites from Liszt’s Transcendental  series, recorded in Prague on June 10, 1956 and broadcast on Czech Radio.

“On a snowy day in Berlin, two days after Christmas 1841, Franz Liszt strode out onto the stage at the Berliner Singakademie concert hall. He sat at his grand piano in profile, beads of sweat forming on his forehead. He was 30 years old, at the height of his ability, and he was about to unleash a mania—a mania not in the sense of “Beatlemania”, or any of the other relatively mild musical obsessions, but a mania viewed as a truly contagious, dangerous medical condition that would affect women in Germany, Italy, France, Austria, and elsewhere.

“Using his whole body—his undulating eyebrows, his wild arms, even his swaying hips—Liszt dove into Händel’s “Fugue in E minor” with vigor and unfettered confidence, keeping perfect tempo and playing entirely from memory. It was the start of the phenomenon later called “Lisztomania,” and the women in the audience went mad.”

the most crazy thing is how total and how final the change of state from alive to dead is, when it happens. however you think you are expecting it, it is always a surprise.

Read about the “curse of the Crying Boy” HERE. 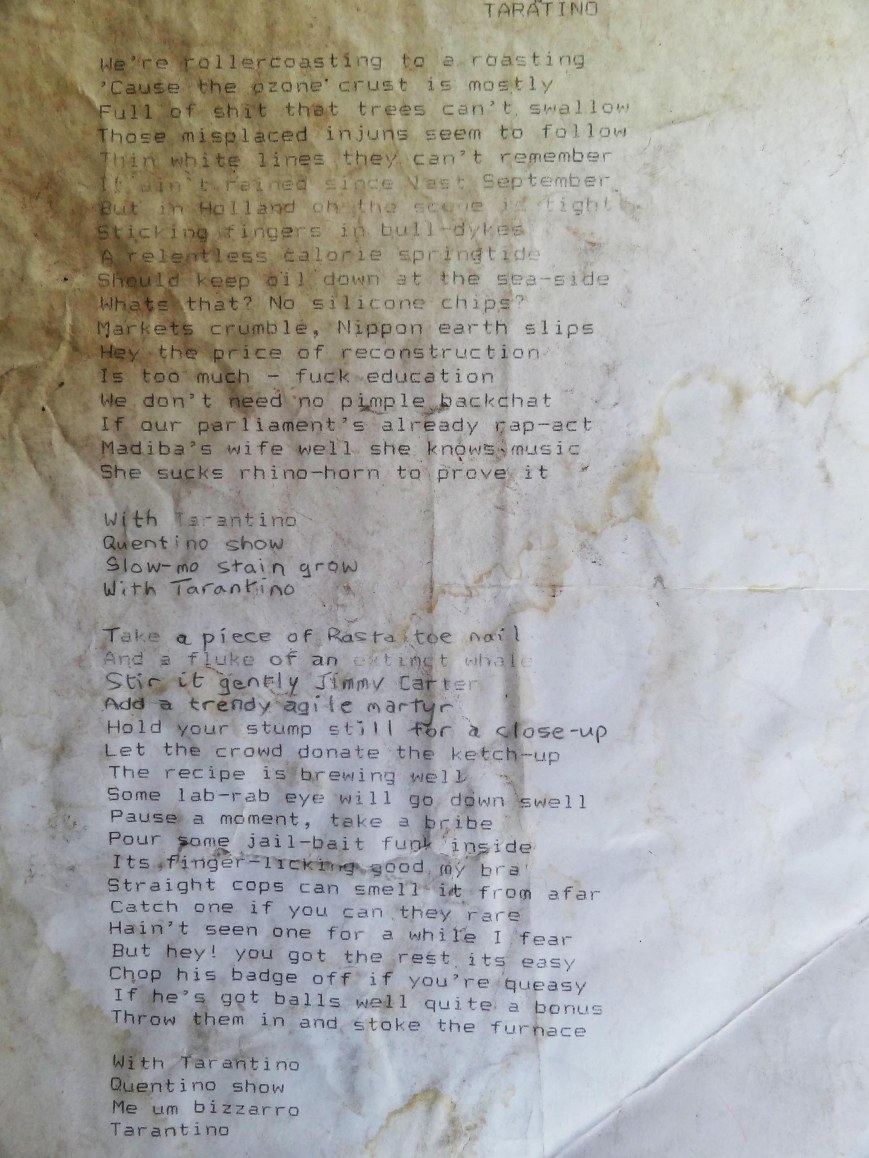 Rose in front of her sculpture located at the Vondelpark. (One of 20 winners. Opening exhibition this Sunday at 11 am. On display the whole summer.)

This post goes out to FIFA president Sepp Blatter and all the people aligning themselves with various national football teams in the bizarre competitive spectacle that is the FIFA World Cup.

Happening this time round in Brazil, FIFA bleeds yet another host country’s economy dry, with the willing help of its own government – systematic violence, neo-colonial parasitism. Last time it was South Africa’s turn, and the effects are still being felt here. 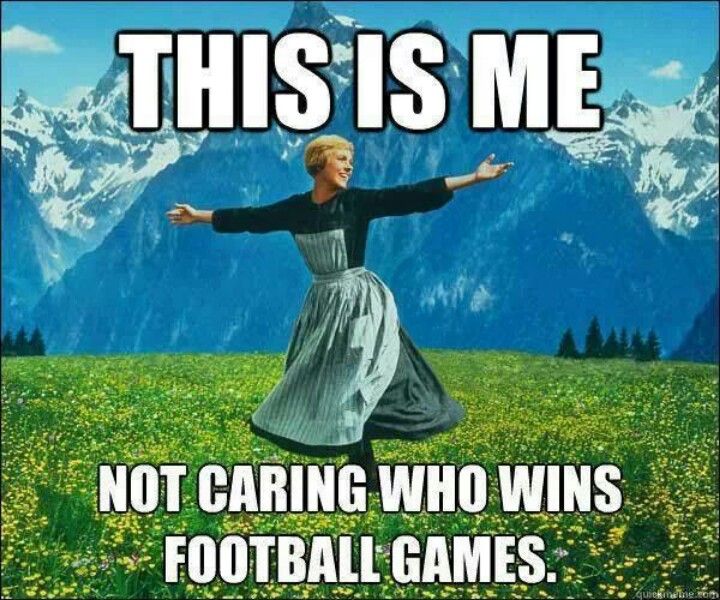 Yup. I DO care about how voraciously the FIFA parasite infests every successive host country, and it makes me absolutely immune to the hype. 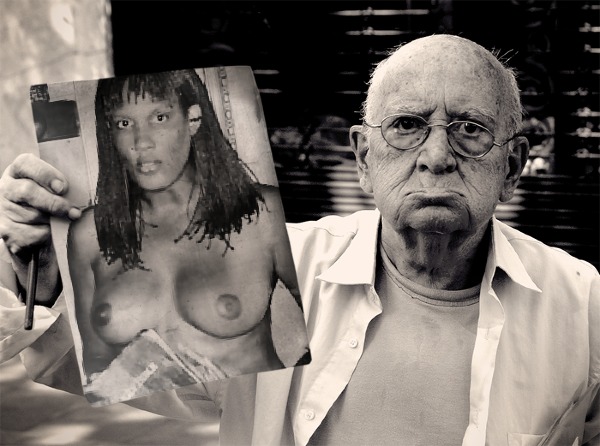 “I don’t agree that I am controversial. What I feel is that most people are not critical thinkers.  The society tells them what to believe, what to think…and their knee jerk reactions are guided completely by that conditioning.  They usually realize later on that what I’m saying is not controversial… when they take time and think in depth.  Even if they don’t agree with me… they understand what I’m saying without all the claims of being shocked by controversy.  I’m not a controversial person if you’re a critical thinker.”

Check out Kola Boof’s website, where you can also read more of this interview. 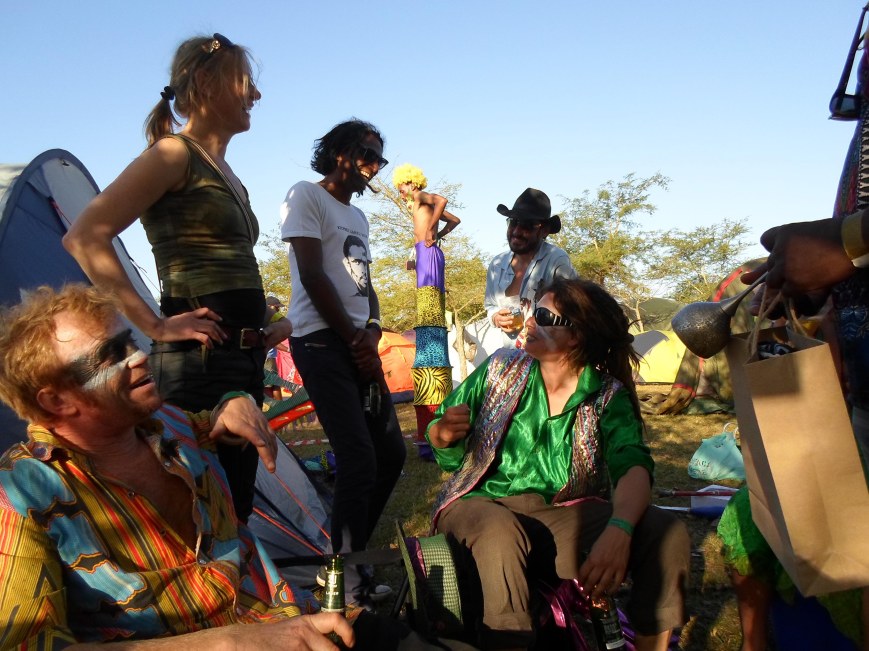 Bushfire Festival is something everyone from age 3 to 90 should experience. The House of Fire is just unbeatable as a venue, and acts fly in from all over the globe … Saw great bands from Japan, Columbia, France …

Go and see this at the Encounters Documentary Festival, on right now in Cape Town and Jo’burg: the brilliant Sarah Polley‘s genre-defying examination of the workings of memory and narrative related to her own family’s secrets. It’s a gentle yet unflinching interrogation of how truth is shaped by the stories we tell ourselves when making sense of the things that happen in our lives. Humorous, poignant, profound… highly recommended.

My fascination with the sensuality of trees, particularly gums, continues undiminished ..